Aravindha Sametha Veera Raghava is one of the most awaited Tollywood films and Tarak is testing his luck with this action entertainer during this Dasara. Trivikram is the director and Pooja Hegde is the female lead. The movie has been sold out for massive prices and the makers applied for special permissions and AP Government stepped out with a positive nod. Aravindha Sametha Veera Raghava got a huge boost in Andhra Pradesh.

The Andhra Pradesh Government granted special permissions to screen six shows a day all over from October 11th to 18th. AP Government also issued a GO to hike the ticket prices during the season and the tickets will be sold for Rs 200. The makers even applied for special shows in Telangana and they are yet to get the nod. Aravindha Sametha Veera Raghava is releasing on October 11th and is produced by Haarika and Hassine Creations. 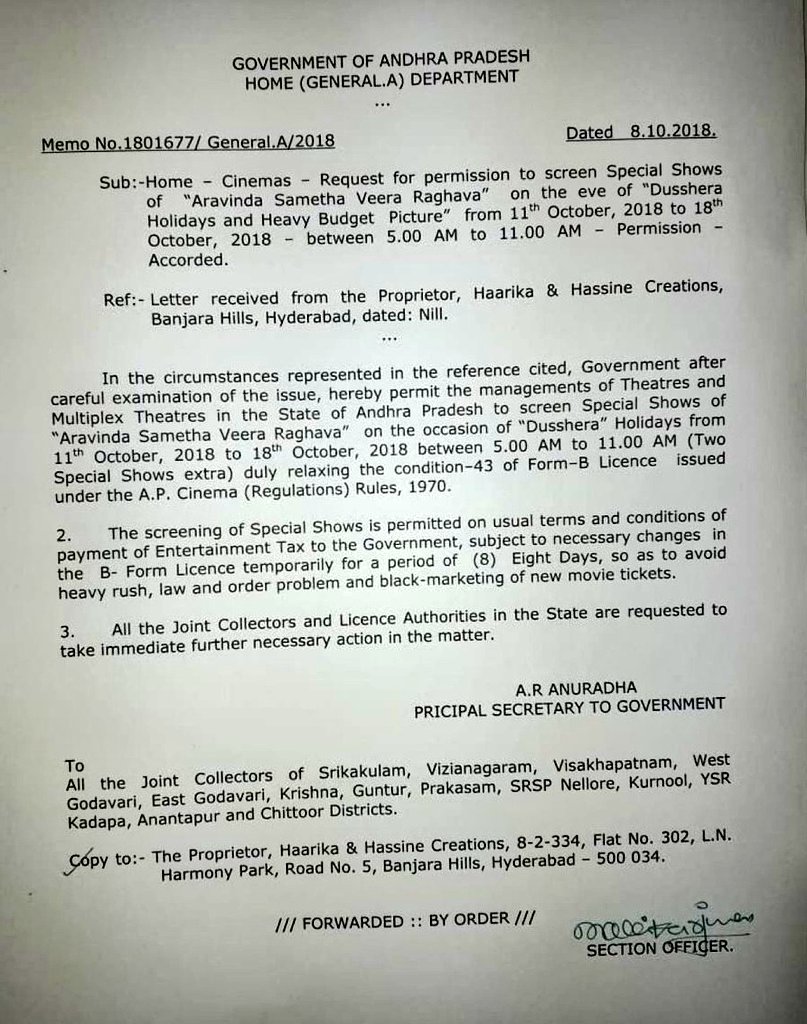