Young actor Naga Chaitanya is sure a happy man as he got married to his lady love and actress Samantha. The actor is back to work with his next film titled Savyasachi which is helmed by Chandoo Mondeti. Nidhhi Agerwal is the female lead and R Madhavan has been roped in to play a crucial role in the film; The makers released the first look of Naga Chaitanya from the film on the occasion of his birthday tomorrow. 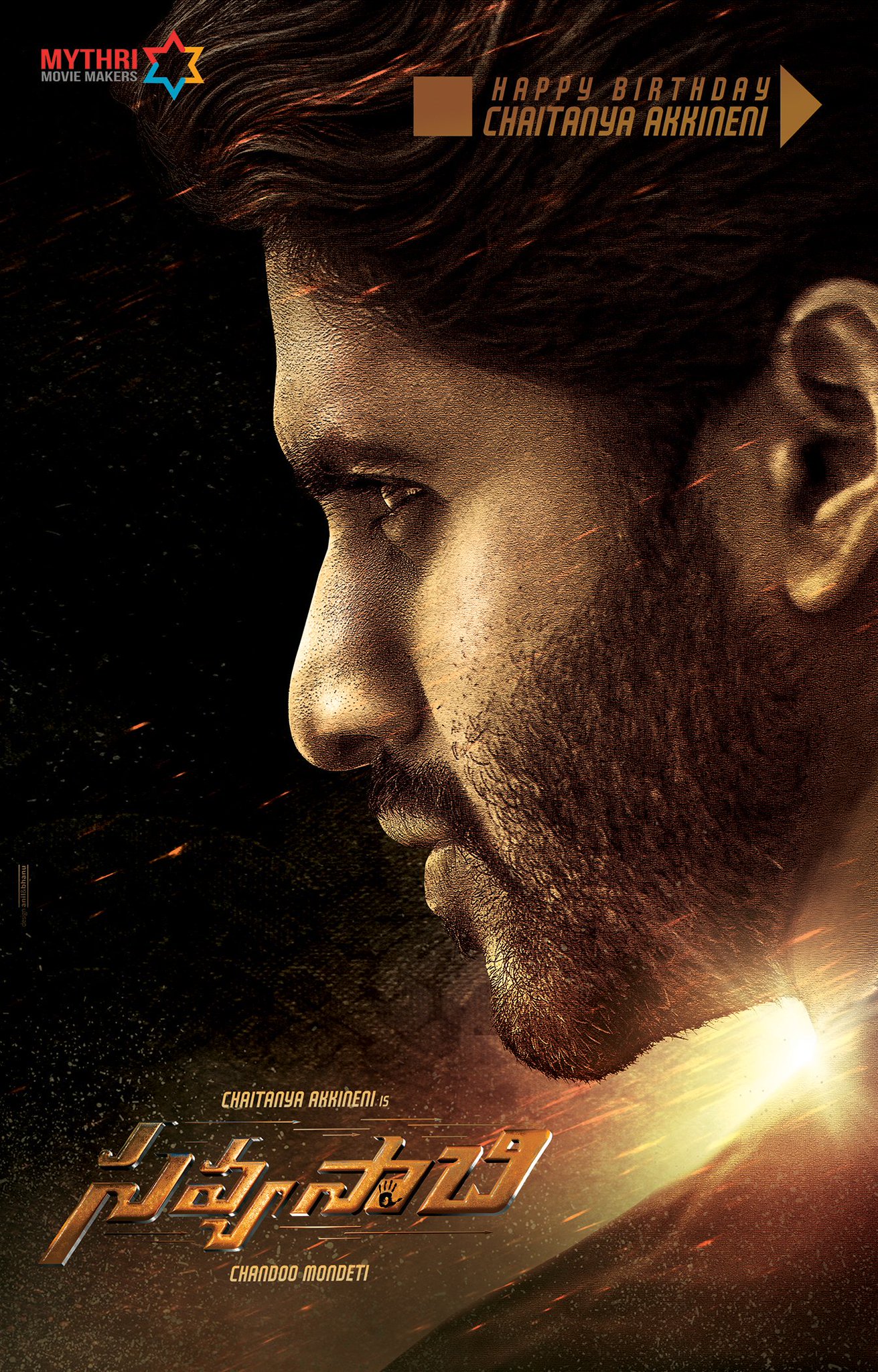 Chaitu looks fearless and bearded in the released poster of Savyasachi. The shoot of Savyasachi is taking place in Ramoji Film City and will continue till the end of this month. MM Keeravani is composing the music and Savyasachi is the costliest film of Chaitu till date. Mythri Movie Makers are producing this big budget action thriller.